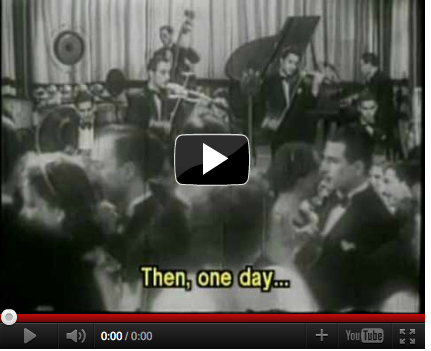 This biographical documentary on Troilo is very good. It includes many excerpts from performances throughout his career, and has interesting interviews with his fellow collaborating musicians from various eras.

One thing that I found very interesting was the discussion of where Troilo got his playing style. He was influenced initially by Ciriaco Ortiz in his phrasing. A phrasing that, according to a musician interviewed here, was characteristic of the musicians from Cordoba (which is where Ciriaco Ortiz was from). I had always felt that Ciriaco Ortiz reminded me of music from the provinces – folk song, and also of Gardel. There is a cancion quality to Ortiz. And I guess that Troilo has a rapport with the human voice — his bandoneon certainly sounded like one.

The other influences on Troilo’s style, in technique and touch, came from DeCaro’s bandoneonists Pedro Maffia  and Pedro Laurenz,. according to those interviewed on tis film.

This film has been posted on youtube in several parts. I will put them all here as I locate them. 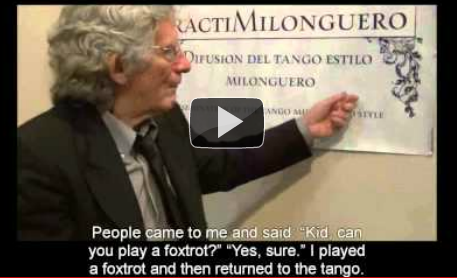 Alberto Dassieu lays down the history of how he grew up dancing tango in the 1950s.

I can’t dance if I don’t put feeling; I don’t want to dance. Therefore, I don’t dance to music that I don’t like.